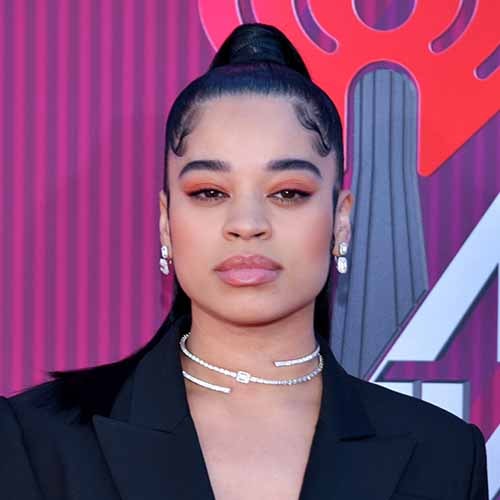 Born on 3 November 1994, Ella Mai Howell is an English singer and songwriter who was discovered on social media by American record producer Mustard and signed with his record label, 10 Summers Records.  In 2015, she uploaded a four-track solo EP of originals to SoundCloud titled Trouble and in 2018, she released her self-titled debut studio album and featured the singles “Boo’d Up” and “Trip”. In 2019, she won  Grammy Award: Best R&B Song award for her single “Boo’d Up”. At the  2019  Billboard Music Awards, she won three awards, including the award for Top R&B Artist.

Ella Mai was in London to a Jamaican mother and an Irish father. Her mother, a lover of American jazz music, named her after Ella Fitzgerald. She moved from London to New York City at the age of 12 and graduated from Queens High School of Teaching in Glen Oaks, Queens, before returning to England.

Ella Mai is currently single, according to our records but it is rumored that she is dating Boston Celtics player Jayson Tatum. For updates, visit back our website Celebmezzo.