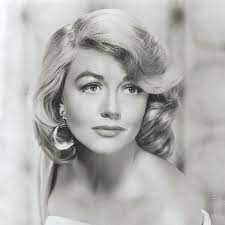 Who is Dorothy Malone?

Born on January 29, 1924, Dorothy Malone was an American actress who rose to fame for her role in Written on the Wind (1956), for which she won the Oscar for Best Supporting Actress. . Her film career began in 1943, and in her early years, she played small roles, mainly in B-movies, but an exception is The Big Sleep (1946).

Her career reached its peak by the beginning of the 1960s, and she achieved later success with her television role as Constance MacKenzie on Peyton Place (1964–1968). Less active in her later years, Malone’s last screen appearance was in Basic Instinct in 1992.

Malone died on January 19, 2018. She had been one of the last surviving stars from the Golden Age of Hollywood.