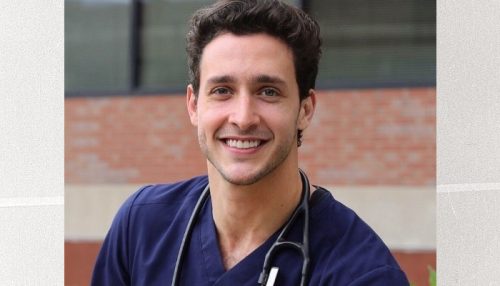 Born November 12, 1989, Mikhail Varshavski, commonly known as Doctor Mike, is a Russian-born American internet celebrity doctor who became famous when his Instagram account went “viral” after he was featured in Buzzfeed and in People magazine’s 2015 issue of The Sexiest Doctor Alive. He has a YouTube channel that provides medically-themed entertainment. He won the 2020 Webby Award for Education & Discovery in the category Social. He has 3.7m followers on Instagram and 5.83M subscribers on YouTube.

Mike was born in Saransk, Russia to a Jewish family. His father was a physician, a graduate of the Third Medical Institute of Moscow, while his mother was a mathematics professor. He has an older sister, Dasha. When he was five, he and his family immigrated to Brooklyn. He enrolled in the New York Institute of Technology and was accepted for an accelerated, seven-year combined track for a bachelor’s degree in life sciences and a doctoral degree of osteopathic medicine. During his first year in the program, his mother died of leukemia.