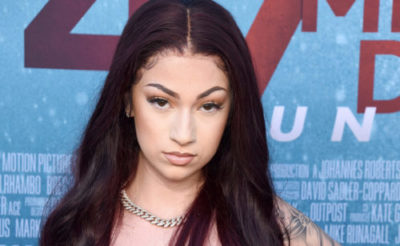 Danielle Peskowitz Bregoli was born on 26 March, 2003, also known by her stage name Bhad Bhabie, is an American rapper and internet personality from Florida, USA. She went viral fame after appearing on Dr Phil  in September 2016. In 2017, Bregoli became the youngest female rapper ever to appear on the Billboard Hot 100 chart with her debut single “These Heaux”. Bregoli released her first mixtape, 15, in September 2018. Its lead single, “Hi Bich“, became her second single to appear on the Billboard Hot 100 chart.

She is best known as Slim Bhabie and Slim Thungga on social media. She is the one of the Youngest Female Sensation who made it to the limelight at the age of 13. She has 7.25M subscribers in her Youtube Channel, 581.2K Followers in Twitter and 18.2m followers in Instagram. All accounts are operated with name “Bhad Bhabie” .

Danielle Bregoli Net Worth in 2020?

Her net worth is estimated at $4 Million USD.

Danielle claims she is currently single but has been seen alongside Lil Pump, Rapper Young M.A & Billie Eilish, However she claims she’s not dating any of these. The American rapper and Internet personality Danielle Bregoli  tattooed the name of rumored boyfriend YoungBoy Never Broke Again (Kentrell DeSean Gaulden).

Trivia/ Facts that you probably didn’t know about Danielle Bregoli