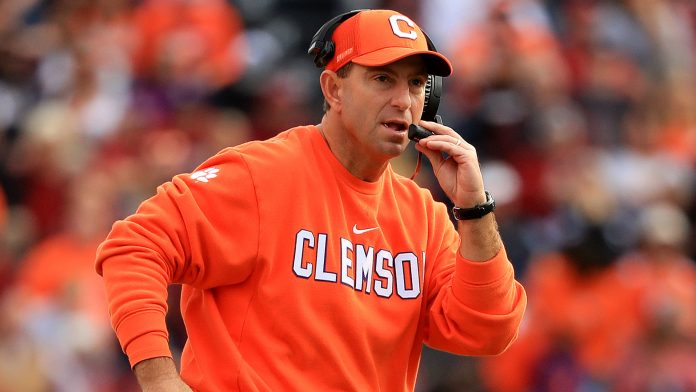 Who is Dabo Swinney?

Born on November 20, 1969, Dabo Swinney is an American football coach. He is the head football coach at Clemson University. Swinney took over as head coach of the Clemson Tigers football program midway through the 2008 season, following the resignation of Tommy Bowden. Swinney led the Tigers to national championships in 2016 and 2018. He trails only Frank Howard for the most wins by a head coach in Clemson history.

Swinney was raised in Pelham, Alabama, He is the son of Ervil Swinney and Carol McIntosh. He also has a brother by the name Henry ‘Tripp’ Swinney III. He attended the University of Alabama, where he joined the Crimson Tide football program as a walk-on wide receiver in 1989.  He received his degree in commerce and business administration in 1993 as well as a master’s degree in business administration from Alabama in 1995. Swinney is a Christian.

He married Kathleen Bassett in 1994 and has three sons, two of whom are wide receivers for Clemson.