Controversy over Saif Ali’s Ravana avatar in the film ‘Adipurush’ 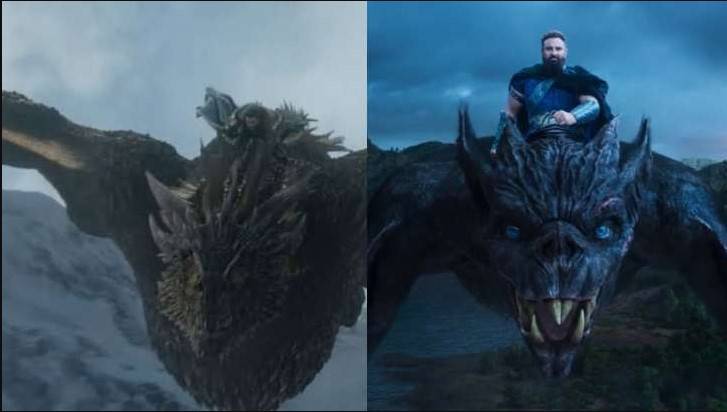 Indian superstar Saif Ali Khan, who played the role of Ravana in the South Indian film ‘Adipurush’, has been in controversy over the look (cover) in which he is seen. After the release of the teaser of Adipurush, there was a controversy over Khan’s look. According to Indian media, Khan has seen a very different look from Ravana. In Ravana’s avatar, Khan has short hair, wears black clothes, and looks very scary. Similarly, instead of Pushpak Vimana, he is shown flying in a bat-like creature.

Om Raut’s directorial is neck deep in controversy for multiple reasons – the depiction of Ravana and Hanuman and also its inferior visual effects. Fronted by Prabhas, who features in the title role as Lord Ram, the multilingual period saga sees Saif Ali Khan play the role of a 10-headed demon king called Lankesh. People have largely been disappointed due to the film’s poor VFX and the unrealistic look of various characters including Saif’s Raavan. With a beard, fierce eyes and a buzz cut, Vikram Vedha actor Lankesh seems barbarism personified and many called out the filmmakers for the apparent Islamisation of Ravana. The portrayal of Hanuman, with a beard, without a mustache and dressed in leather, also attracted criticism.

Raut made this film with the dream of bringing the story of Ramayana to the silver screen but ever since the first teaser of ‘Adipurush’ dropped on Sunday, there has been a unanimously negative response from various quarters. The makers of Adipurush have spent a fortune on the visual effects. The film has reportedly been made on a budget of over Rs 400 crores, most of which has been spent on the VFX but, it seems like the output is far from what the audience was expecting.

previousBella Hadid goes topless and gets a live dress spray painted on her body in Paris
nextCardi B just posed naked in a new Instagram post, Check it out!