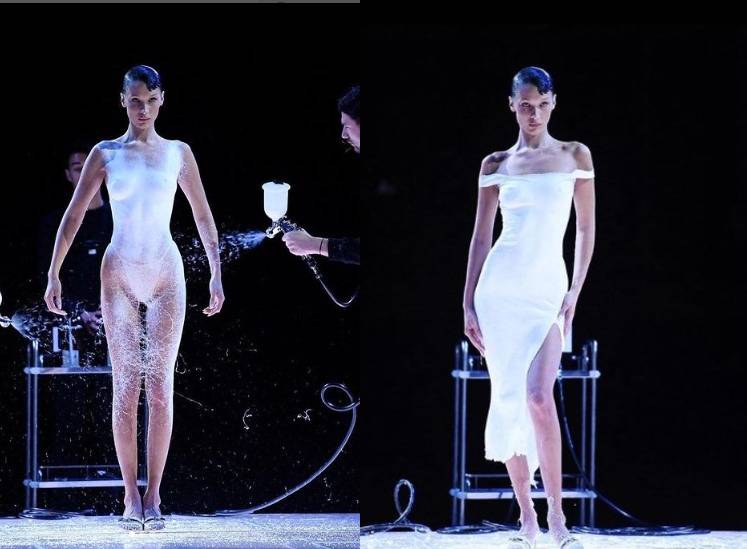 American supermodel Bella Hadid is hitting the headlines for a kind fashion show. Hadid strutted on the Paris Fashion Week runway topless, then got a white dress spray-painted on her body and the video from the show has gone viral.
For the grand finale by Coperni, Hadid stood straight on the ramp while three men spray-painted a white layer of latex over her body.

As captured by New York Times fashion critic Vanessa Friedman and many others on social media, the model, 25, appeared on the runway in nothing but a pair of underwear and heels, covering her breasts while a team of three men sprayed a dress on her body, Page Six reported.
As the artist sprayed a coat of paint on Hadid, she elegantly lifted her arms one by one, and in no time the color transformed into a mid-length dress with a high-rise slit, cut into shape by a designer on stage, live in front of a vast audience.

The dress was made of Fabricant, a spray-on material that hardens into a wearable textile. The techs sprayed the fabric over her body in the shape of a dress, and, after some careful adjusting, she walked down the runway in the stunning outfit.