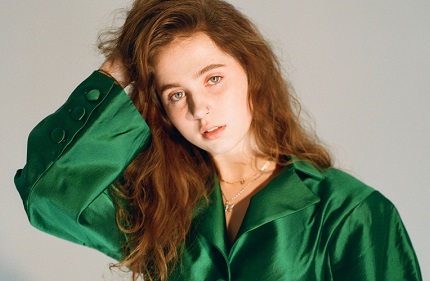 Born on born August 18, 1998, Claire E. Cottrill, known professionally as Clairo, is an American singer-songwriter and YouTuber who rose to fame following the release of her lo-fi song “Pretty Girl” on YouTube in 2017. She has 1.08M subscribers on her channel. Her professional debut was with the EP Diary 001 (2018), followed by the LP Immunity (2019).

In December 2019, Clairo won Pop Artist of the Year at the 2019 Boston Music Awards for the second consecutive year, as well as Album of the Year for Immunity. Clairo made her television debut performing “I Wouldn’t Ask You” on Jimmy Kimmel Live! in September 2019.

Claire was born in Atlanta, Georgia, the daughter of marketing executive Geoff Cottrill.  She taught herself guitar from Internet tutorials at 13 years old and she began posting music to Bandcamp and SoundCloud and maintained a YouTube channel. She attended  Concord-Carlisle High School and  Syracuse University.

Cottrill was diagnosed with juvenile rheumatoid arthritis at the age of 17. She came out as bisexual to her fans via twitter in May 2018.

YouTuber Claire Cottrill is currently single, according to our records. Check back often as we will continue to update our site.

Trivia / Facts you did not know