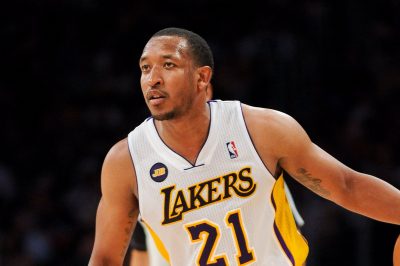 Who is Chris Duhon?

Born on August 31, 1982, Chris Duhon is an American former professional basketball player. Duhon was a point guard for the Duke Blue Devils men’s basketball team from 2000 to 2004. He then played for the Chicago Bulls, New York Knicks, Orlando Magic, and Los Angeles Lakers.

In June 2004, Duhon was selected as the 38th pick in the 2004 NBA draft by the Chicago Bulls. In his rookie season with the Bulls, Duhon played in all 82 games, averaging 5.9 points and 4.9 assists per game. Duhon’s best game in his rookie year was against the Atlanta Hawks.

In April 2014, Duhon was hired by first-year head coach Dan D’Antoni as an assistant coach at Marshall.

Duhon is married to Andrea Hernandez in 2010, with whom he has 4 children.

According to police reports, following an argument, Duhon was intentionally hit by an automobile in an Orlando, Florida parking garage. His head hit the car’s windshield. Duhon was taken to a hospital and could not recall the incident.

On November 30, 2015, shortly after 6 am police officers were asked to respond to a “man down” call and found Duhon passed out in the driver’s seat of his Ford Escape and drove. Duhon was booked into the Western Regional Jail in Barboursville, West Virginia on a charge of aggravated DUI. Marshall University’s athletic department issued a statement saying Duhon has been suspended for a violation of department rules and policies.