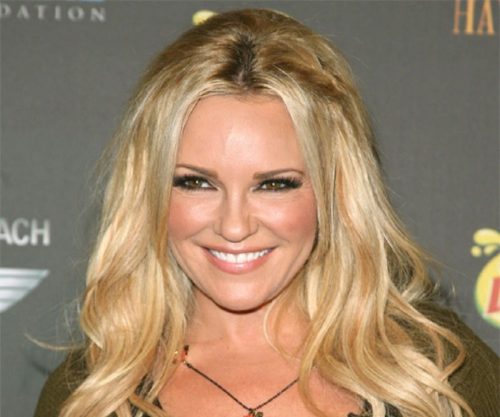 Who is Bridget Marquardt?

Born on September 25, 1973, Bridget Marquardt is an American television personality and model who is best known for her role in the reality TV series The Girls Next Door, which depicted her life as one of Playboy founder Hugh Hefner’s girlfriends. Although not a Playboy Playmate, Marquardt has appeared in nude pictorials with her Girls Next Door co-stars and fellow Hefner girlfriends Holly Madison and Kendra Wilkinson.

Marquardt is featured on the E! TV show The Girls Next Door, and has appeared with Holly Madison and Kendra Wilkinson in three cover pictorials in Playboy magazine, the November 2005, September 2006, and March 2008 issues. She has appeared in several films, including the horror/comedy Kottentail in which she portrays a scientist doing genetic research on rabbits. She appeared in an episode of Curb Your Enthusiasm as herself along with Madison and Hefner in 2005. She also appeared as herself along with Madison, Wilkinson, and Hefner in the Entourage episode “Aquamansion”. The episode’s final act took place at the Playboy Mansion.

Marquardt was born Bridget Christina Sandmeier in Tillamook, Oregon. Shortly after her birth, Marquardt’s mother moved the family back to California, where Marquardt was raised. Her parents divorced when Marquardt was in the fifth grade. Her mother remarried, and Marquardt and her younger brother Edward moved to their stepfather’s ranch, where they later gained a half-sister, Anastasia. She attended Galt High School for her freshman and sophomore years and then transferred to Lodi High School, from which she graduated in 1990. She graduated from San Joaquin Delta College with an associate degree. She matriculated at California State University, Sacramento, and graduated in 1998 with a B.A. in communications and an emphasis on public relations. In 2001, she earned her Master’s Degree in  Communications from the University of the Pacific in Stockton, California.

Marquardt stated that she was married but separated and had been living in the Playboy mansion since October 2002. According to the interview, her husband supported her move to Los Angeles, that they remained friends, and that they were in the process of divorcing.

In late 2008, Marquardt began dating director Nicholas Carpenter, son of original Mercury astronaut Scott Carpenter. They started living together in a house Marquardt purchased in Sherman Oaks. The pair became engaged in the fall of 2015.