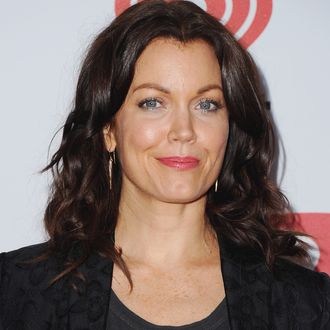 Born on February 19, 1970, Bellamy Young is an American actress and singer who is best known for her role as Melody “Mellie” Grant in the ABC drama series Scandal (2012–2018). In 2014, for her portrayal of Mellie, Young won the Critics’ Choice Television Award for Best Supporting Actress in a Drama Series. Young also starred in the Fox series Prodigal Son (2019–2021).  She had a supporting role in the independent comedy film Bernard and Huey opposite Jim Rash and David Koechner. In 2018, she co-starred in Disney’s live-action adaptation of A Wrinkle in Time, along with Oprah Winfrey, Reese Witherspoon, and Mindy Kaling.

Young was born Amy Maria Young in Asheville, North Carolina, and was adopted. She changed her name to join the Screen Actors Guild since there was another Amy Young registered, and chose the name Bellamy as a tribute to her late father’s best friend, Bill, who had helped to raise her after her father died.

She graduated from Asheville School in 1987 and attended Yale University, majoring initially in Physics but ultimately studying English and Theatre, and graduated in 1991.