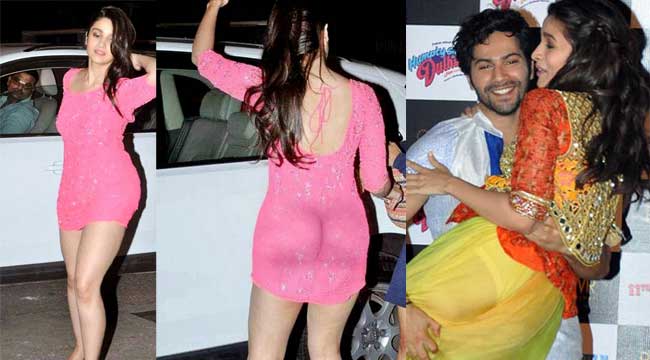 Alia Bhatt was caught on camera when she suffered a wardrobe malfunction and displayed her white inner wear unintentionally at the Garnier triple nutrition shampoo launch event. alia rising to be the next diva giving back-to-back superhits. From her debut movie ‘student of the year to her latest ‘Humpty Sharma ki dulhania’, Alia Bhatt has managed.

Bollywood actress Alia Bhatt is in many discussions these days about her film. The actress has won the hearts of people with her acting. However, Alia, who has earned her name in the acting world, has also been a victim of Oops Moment many times.

Here are some oops moments of Alia Bhatta:

previousPaige Spiranac featured on the Maxim cover with the world’s sexiest woman tag
nextAashram 3 Actress Esha Gupta has been setting the temperature soaring in her bikini pics, See Pics