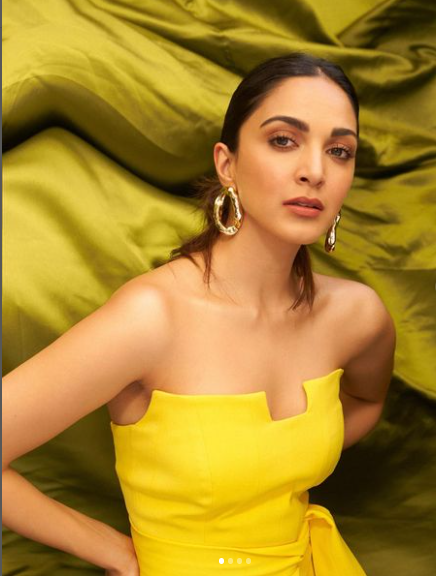 Kiara Advani is emerging as one of the most popular actresses in the current generation of Bollywood actors. Ever since her debut in the 2016 film MS Dhoni: The Untold Story, Kiara has been a part of the limelight. The actress has featured in quite a few films in recent years and her fanbase only seems to be growing. Currently, Kiara has been busy promoting her upcoming film Bhool Bhulaiyaa 2 where she will be seen alongside Kartik Aaryan. Ahead of its release, Kiara and Kartik have been rigorously promoting the film’s release. And today, the actress shared a slew of pictures showcasing her stylish look for the same.