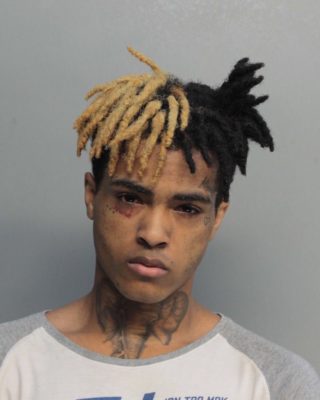 Jahseh Dwayne Onfroy  better known by his stage name XXXTentacion is an American rapper from Lauderhill, Florida. He is best known for his breakthrough song “Look at Me“. Despite being a controversial figure due to his widely publicized legal issues, XXXTentacion gained popularizes during his short career.

Onfroy uploaded his first song as XXXTentacion to his SoundCloud account in 2014 called “Vice City.” Over time, he would continue to upload small snippets of songs that would either soon release or remain unreleased. Onfroy also released 2 collaboration albums with fellow American rapper Ski Mask the Slump God, called Members Only Vol. 1 and Members Only Vol. 2, in 2015 respectively. In 2016, he released the EP Willy Wonka Was a Child Murderer, with music heavily inspired by heavy metal and indie music.

Jahseh Dwayne Ricardo Onfroy was born on January 23, 1998, in Plantation, Florida, to Jamaican parents, Dwayne Ricardo Onfroy and Cleopatra Eretha Dreena Bernard. Onfroy had two half siblings – an older sister named Ariana and a younger brother named Aiden. XXXTentacion was mainly raised by his grandmother Collette Jones, due to his mother’s personal problems. When Onfroy was six years old, he tried to stab a man attempting to attack his mother and was eventually put into a youth program before living with his grandmother.

XXXTentacion’s interest in music initially started after his aunt persuaded him to begin attending school choir and later church choir. He was expelled from many school due to his physical altercations. XXXTentacion began to listen to nu-metal, hard rock and rap during his time at Sheridan House Family Ministries, which led to him to learn the piano and guitar.

XXXTentacion’s career as a music artist began in June 2013 after the release of his song “News/Flock”. On June 22, 2015, Onfroy began to use his long-time YouTube channel “xxxtentacion”, previously used to upload music, to upload gaming videos and vlogs. The channel has 25.1M subscribers and 6,403,472,268  total views as of May 2020.

On June 18, 2018, XXXTentacion was fatally shot at the age of 20, in a robbery at a motorcycle dealership. In the months following his death, XXXTentacion posthumously won an American Music Award, a BET Hip Hop Award, and received 11 Billboard Music Award nominations. Two posthumous albums were released, Skins (2018) and Bad Vibes Forever (2019); the former reached number one on the Billboard 200.

XXXTentacion was dating Geneva Ayala from 2014 and broke up in 2017 due to his torturous. Before his death, XXXTentacion entered a relationship with Jenesis Sanchez. Three days after his death, Onfroy’s mother announced on Instagram that Sanchez was pregnant with his child. Gekyume Onfroy was born on January 26, 2019, three days after what would have been his father’s 21st birthday.

XXXTentacion Cause of Death

On June 18, 2018, Onfroy was shot by two armed men multiple times at a motorcycle dealership. They stole a small Louis Vuitton bag containing $50,000 and the shooters fled the scene in their SUV. XXXTentacion was transported by paramedics to the nearby Broward Health North hospital in Deerfield Beach, where he was pronounced dead.

His private funeral took place on June 28 where rappers Lil Uzi Vert and Lil Yachty and singer Erykah Badu were among the attendees. He was entombed in a mausoleum at Gardens of Boca Raton Memorial Park, Boca Raton, Florida.

In his will, XXXTentacion named his mother Cleopatra and brother Aiden as the sole beneficiaries of his estate.

Read : More Updates of Other Celebrities