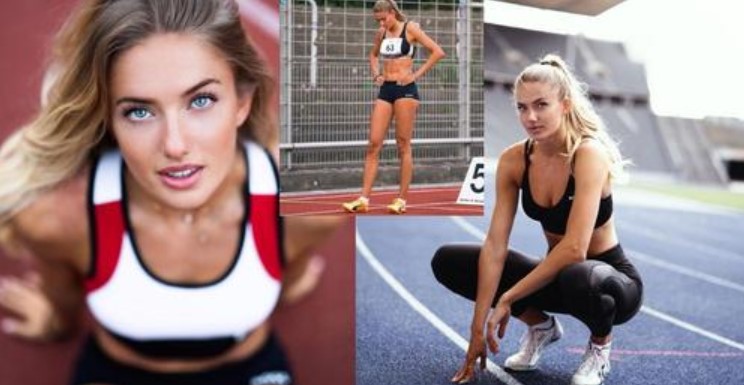 German runner Alica Schmidt dubbed the “World’s Sexiest Athlete,” has over 3 million followers on Instagram now. That’s largely due to the attention she’s received over the last few years because of her model good looks and the title of the sexiest athlete.

Schmidt is an influencer, does some modeling, and runs track. She was asked during a recent interview with the German outlet Bild, which one she would rather be. She answered athlete.

Schmidt’s track career found her in the Olympics last year for Germany, but she left as an unused substitute for the 4x400m mixed relay event. It was discussed at the time that she was sent to Tokyo, not to compete, but to use her influence to promote the games.

She’s competing in the 400m race at the German Athletics Championships in Berlin this weekend. And she’ll be running in both relay and individual events at the European Championships in Munich later this year.

previousPriyanka Chopra and Nick Jonas are on holiday in the Turks and Caicos Islands
nextActress Shreya Dhanwantri’s bold and gorgeous look created a sensation, see her bold pictures