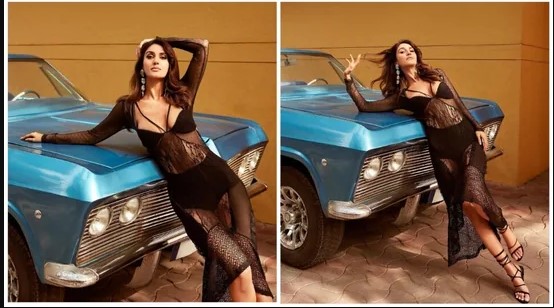 Vaani Kapoor promoted her upcoming film Shamshera which also stars Ranbir Kapoor in a very unique way. She shared some jaw-dropping photos of herself posing in front of a vintage car donning a black dress.

Vaani Kapoor and Ranbir Kapoor’s Shamshera are all set to hit theatres on July 22nd. The film will also be released in Hindi, Tamil & Telugu. Sharing details about the release date of the film, the actor recently posted a few pictures of herself in a stunning black see-through dress.