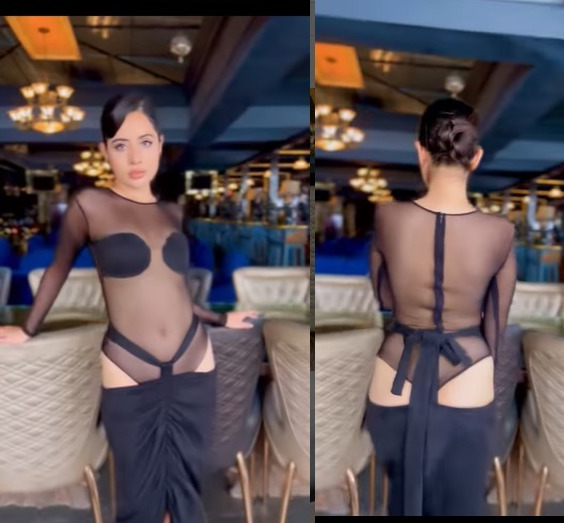 Urfi was clicked in Mumbai wearing a black see-through risque low-waist skirt dress and needless to say that she got massively trolled. The haters dropped comments like: Looking cheap to the highest level. Another one wrote: She is going back to the stone age.

See Also: Urfi Javed gets trolled for her outfit again, Check it out!

previousPriyanka Chopra gets trolled for wearing a saree without a blouse for a photoshoot, Watch Viral Video
nextEmily Elizabeth shared her breathtaking pictures in a bikini, See Pics