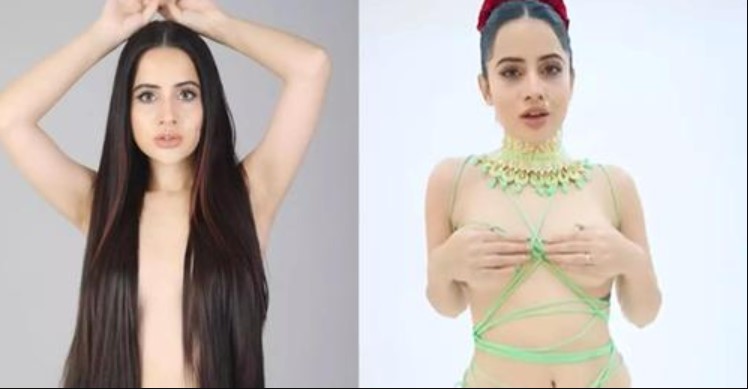 After sharing her semi-nude video, now internet sensation Urfi Javed aka Uorfi Javed dropped another bold picture of hers. This time she went topless as she wore high waist denim, put on fake hair extensions to cover her breasts, and completed the look with a big nose ring.

Some of her colleagues and friends from the industry showered compliments in the comments section including Kavita Kaushik, Kajol Tyagi. Netizens were also quick to react to the pictures as one user wrote, ‘Raveer be like- me karu to sala character dheela he’. Another one wrote, ‘Kapde ni ha tumhare passs’. Her admirers showered love on Urfi with comments like ‘Queen’, ‘Fabulous’.