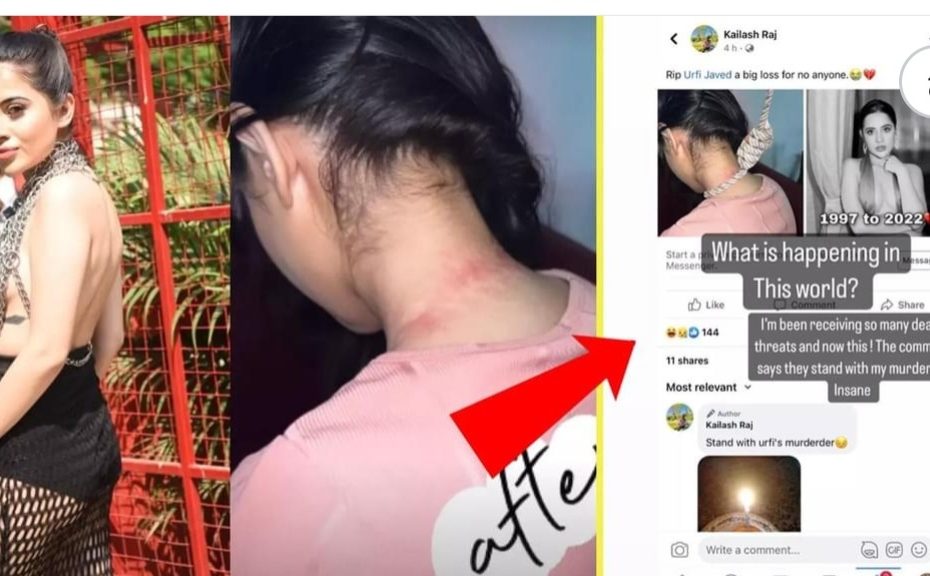 Known for her bizarre outfits and controversial statements, ‘Bigg Boss OTT’ famed and internet sensation Uorfi Javed has recently called out a man who was spreading her death rumours. Taking to her Instagram handle, Uorfi shared a screenshot of a post by a social media user who posted a morphed photo of Uorfi’s bruised neck with a rope around it, making it seem like she hung herself.

Along with the morphed picture, the user also wrote ‘Rip Uorfi Javed a big loss for no anyone’ and commented ‘Stand with Uorfi’s murderer.’ While sharing the screenshot of this post, Uorfi wrote, ‘What is happening in This world? I have been receiving so many death threats, and now this! The comment says they stand with my murderer! Insane.’