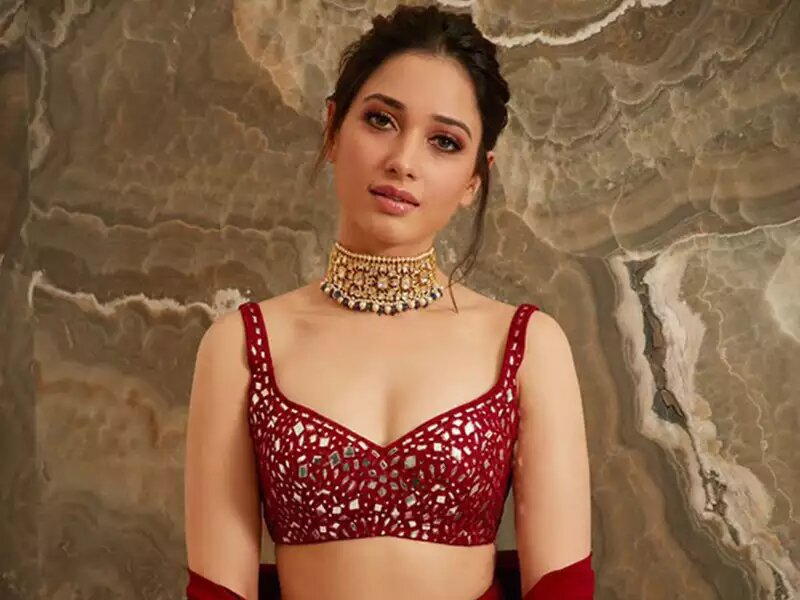 Born on 21 December 1989, Tamanna Bhatia, known professionally as Tamannaah, is an Indian actress who appears mainly in Telugu, Tamil, and Hindi films. In addition to acting, she also participates in stage shows and is a prominent celebrity endorser for brands and products.

She made her acting debut at the age of 15 in the Hindi film Chand Sa Roshan Chehra and appeared in the Abhijeet Sawant album song “Lafzon main” from the album Aapka Abhijeet before working in Telugu cinema and Tamil cinema. In the same year, Tamannaah made her Telugu film debut in Sri, and the following year she appeared in her first Tamil film Kedi. In 2007, she starred in two college-life-based drama films, Happy Days in Telugu and Kalloori in Tamil.

She is one of the highest-paid actresses in South Indian cinema. She has acted in nearly 65 films in three languages. She received the “Dayawati Modi” Award in 2017. She also received an honorary doctorate from the Confederation of International Accreditation Commission for her contributions to Indian cinema.

Tamanna was in present-day Mumbai, Maharashtra to Santosh and Rajani Bhatia. She has an elder brother, Anand Bhatia. Her father is a diamond merchant. She is of Sindhi Hindu descent. She studied at Maneckji Cooper Education Trust School, Mumbai. She later changed her screen name for numerological reasons, varying it slightly to Tamannaah.

The director, Suraj, reportedly made some sexist remarks while talking about Tamannnates costumes in the film “Kathi Sandal,” which kicked up a controversy. Later, the actress made a Tweet seeking an apology from the director not just to herself but to all women in the cinema industry. Tamannaah Bhatia landed into a controversy after the film producer, Salim Akhtar, filed a complaint against Tamannaah at the Association of Motion Picture and Television Programme Producers (AMPTPP) for breaking a Bollywood Contract. As per the contract, she was supposed to pay 25% of her remuneration for the next five years to Salim. But the actress never honored the contract. The issue was later sent to the Kolkata High Court. However, her father said that Tamannaah did not sign any contract and that she was a minor at the time of her film debut. • In January 2018, an engineering student hurled a shoe at Tamannaah in Hyderabad while the actress was there to inaugurate a jewelry store. Though the shoe missed its aim, the actress was shaken by the incident. The miscreant stated that he was a huge fan of the actress and did the act as he was upset over her roles in films.

As per the report, Tamanna is unmarried and currently single. She has never shared her love life information till now. for more updates, follow her on Twitter and Instagram.