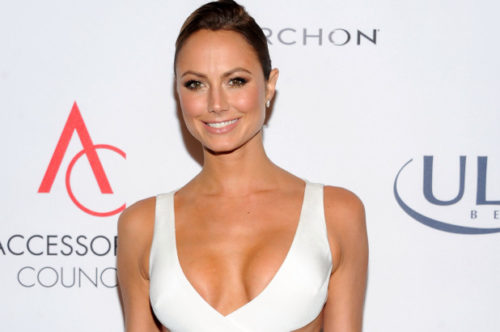 Stacy Ann-Marie Keibler was born on October 14, 1979, in Rosedale, Maryland, the daughter of Patricia and Gary Keibler. Beginning at the age of three, Keibler took ballet, jazz, and tap dancing classes at Jean Kettell Studio of Dance in Dundalk, Maryland. She went to St. Clement Mary Hofbauer School in Rosedale for her early schooling. After attending The Catholic High School of Baltimore, an all-girls school, Keibler attended Towson University, where she studied mass communication. She attended the university on a partial scholarship and had a 3.7 grade point average (GPA).

Keibler was a contestant on Dancing with the Stars: season two, where she placed third. She has also appeared on other ABC series such as What About Brian, George Lopez, and October Road, as well as the 100th episode of the CBS sitcom How I Met Your Motheras a bartender and on the USA Network show Psych. Keibler has also modeled, appearing in both Maxim and Stuff magazines.

She began her professional wrestling career as a part of the Nitro Girls in WCW. She quickly moved on to a more prominent role in the company as the manager, Miss Hancock. As Miss Hancock she was known for doing table dances, her relationship with David Flair, and a pregnancy angle.  After WCW was purchased by WWE, she moved to the new company, taking part in the Invasion storyline and managing the Dudley Boyz. Keibler also managed Test and Scott Steiner. Before her departure she was affiliated with The Hurricane and Rosey and nicknamed “Super Stacy.”

Keibler is considered to be a sex symbol and is known for her unusually long legs.  She has been known as both “The Legs of WCW” and “The Legs of WWE”. During her time on Dancing with the Stars, judge Bruno Tonioli nicknamed her “The Weapon of Mass Seduction” because of her long legs.

Keibler’s boyfriend of seven years from 1992–1999, Kris Cumberland, was a wrestling fan who first got her interested in wrestling. In 2000, Keibler dated David Flair during their time together in WCW. From 2001–2005, Keibler dated Andrew “Test” Martin while they both worked together in the WWF/WWE. n June 2005, Keibler was reported to be in a relationship with actor Geoff Stults. Keibler started dating George Clooney in July 2011.  Clooney and Keibler ended their relationship in July 2013.

Keibler began dating Future Ads CEO Jared Pobre in fall 2013, though they had been friends for several years previously. They were married on March 8, 2014 in Mexico.They have two daughters, Ava Grace, born on August 20, 2014,Isabella Faith, born in May, 2020, and one son, Bodhi Brooks, born on June 18, 2018.

Does Stacy Keibler have breast implants?

She has not outspoken about her religious beliefs. But, it is known that she went to a catholic scho