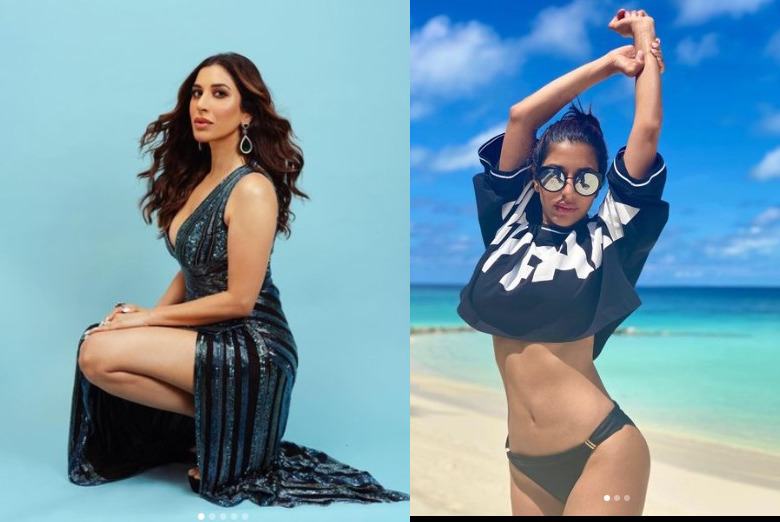 Who is Sophie Choudry?

Born on 8 February 1982, Sophie Choudry is an English singer and actress based in India. She has been active primarily in Hindi-language films and is also a former MTV India VJ and occasional model, and television presenter. Sophie was launched by David Dhawan and Vadhu Bhagnani in “Shaadi no1” costarring Sanjay Dutt, Fardeen Khan, and Zayed khan. Her next release was a new age “Pyar ke side effects” with Mallika Sherawat and Rahul Bose.

She began her career on Zee Tv UK in the late 1990s presenting Zee Top 10, a chart shows also based in the UK/ Europe which became the number 1 show on the channel for several years before she launched her own career in Music. She, at first, lent her voice as a backup singer to playback singers like Shweta Shetty and Alisha Chinai.

In 2000, Choudry started her career as a pop singer with her all-female band “Sansara” with a song that Choudry herself wrote (“Yeh Dil Sun Raha Hai”). After their second hit “Habibi” the band separated and Choudry started her solo singing career, donning the videos “Habibi” and “Le Le Mera Dil” in 2002. Her latest single ‘Aaj Naiyo Sauna’.

Sophie was born and brought up in Manchester. Her father was a major fan of Sophia Loren and hence her birthname is “Sophia”, however, she now goes by the name “Sophie”. She has an elder brother. Choudry studied at the London School of Economics, graduating in European politics and French, and is also a gold medalist from the London Academy of Music and Dramatic Art. Furthermore, she studied for nearly two years at the “Sciences Po” in Paris, France. BollySpice reports, that while still studying, Choudry became a VJ for Zee UK.

Sophie is unmarried and in a relationship with Sid Mallya.

See Also: Sophie Choudry flaunts her sultry figure in a monokini from her Maldives vacation, Check it out!

previousSophie Choudry flaunts her sultry figure in a monokini from her Maldives vacation, Check it out!
nextSwastima Khadka shared her breathtaking pictures in a bikini from Texas, See Pics