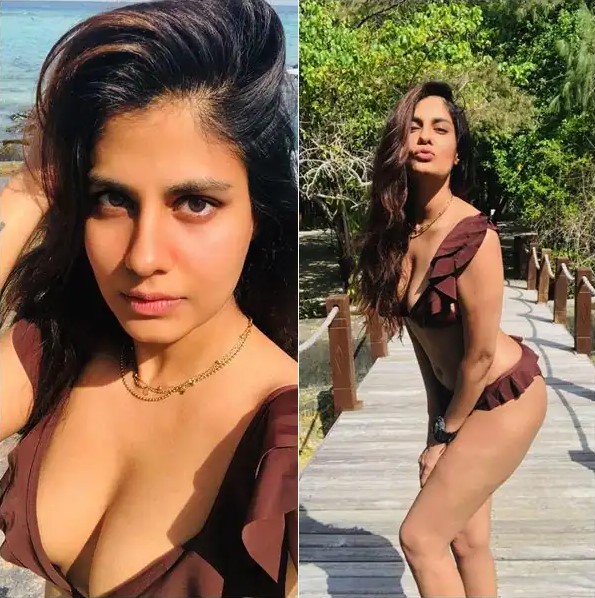 Who is Shreya Dhanwanthary?

Born on 29 August 1988, Shreya Dhanwanthary is an Indian actress and model. She is mostly seen in Hindi and  Telugu language films and web series. She got her big break in 2019 as she played Zoya in the Amazon Prime Video web series The Family Man and later gained widespread critical acclaim for her portrayal of journalist  Sucheta Dalal in Sony LIV’s web series Scam 1992 (2020). She made her Bollywood debut with Why Cheat India opposite Emraan Hashmi.

Dhanwanthary participated in FeminaMiss India South 2008 when she was a third-year engineering student. She placed 1st Runner-Up in the event. After that, she went on to compete in Miss India 2008 as a finalist. Popular brands endorsed by her include Airtel, Pantaloons, Safi, Provogue, Vogue Eyewear, Gitanjali Maya Gold jewelry, D’damas jewelry, Jashn Sarees, and Liberty Footwear.

Dhanwanthary was in Hyderabad to a Hindi-speaking father and a Telugu-speaking mother. She moved to Dubai with her parents when she was two months old. Dhanwanthary graduated from NIT Warangal in Electronics and Communication Engineering. Her parent’s information is not available right now. She has a sister, Shruthi Dhanwanthary.