Shanaya Kapoor gets trolled for sharing her bikini pictures from Ibiza 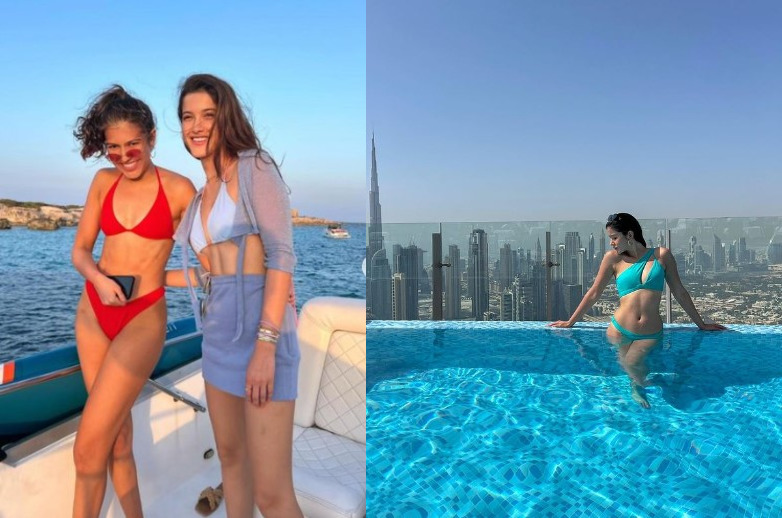 Shanaya Kapoor’s Bollywood debut is one of the most awaited star kids’ debuts in the film industry. The star kid is already very popular on social media and has fans across the globe. Kapoor will be launched by honcho Karan Johar’s production house – Dharma Cornerstone Agency in a film titled ‘Bedhadak’. The beauty is currently on a holiday in Ibiza and is sharing pictures and videos on her Instagram raising the temperature in a bikini and well, this didn’t go well with the netizens who compared her with an ‘Ostrich’. Scroll below to read the scoop.

Shanaya happens to be Sanjay Kapoor and Maheep Kapoor’s daughter and Sonam Kapoor’s cousin. Even before her big Bollywood debut, Shanaya is pretty popular on social media with over 1 million followers on Instagram, and often gives a glimpse of her personal and professional life there.

previousMalaika Arora stuns in a shimmery thigh-high slit black gown with a deep neckline, See Pics
nextMouni Roy is ‘mentally’ on a beach, as she shares pictures in a gorgeous bikini from her Maldives Vacation