Salma Hayek Has No Plans to Stop Posting Bikini Photos: “I Have No Shame on It” 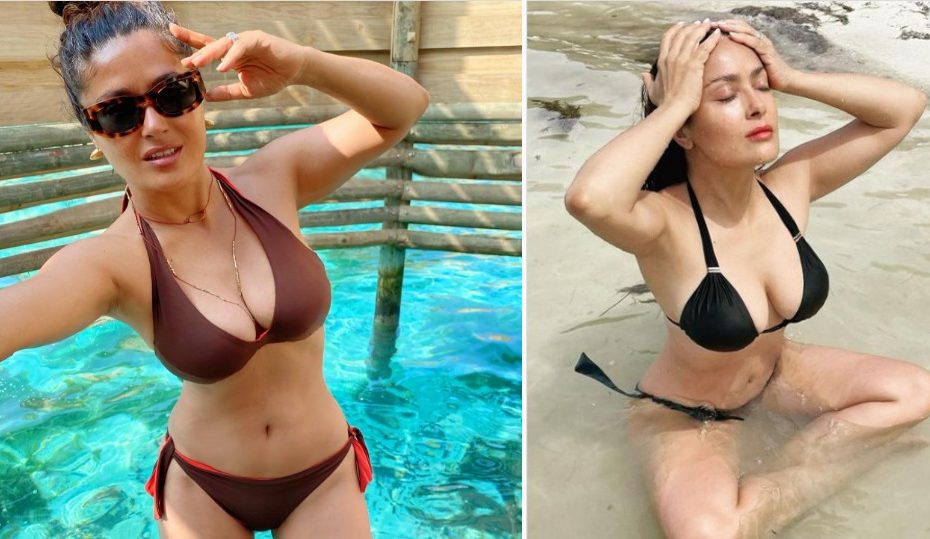 Salma Hayek has been steadily sharing bikini and one-piece selfies on her Instagram. They’re all from one trip, the 54-year-old actress told Entertainment Tonight, and she has absolutely no plans to stop posting them or regrets sharing so many pictures.

“I’m glad I took a lot of pictures, I have no shame on it, because it was the first week of the vacation,” she said, explaining that sharing the shots generally has been “liberating.”

“I saved my pictures; I’m not in the same condition today, and I’m spreading the love out like every two weeks,” she admitted. “I’m going to put up another one. I’m almost running out of them, but I don’t know if you have that feeling, like, 2021!”

Yes, she’s aware some people may be over it, by the way. She’s not: “People are sick of it, but I’m going to let them take a break,” she joked. “They’re going to think I’m wearing a bikini every day. No, they’re all from the same location.” Hayek has 17.3 million Instagram followers, for context. Her last bikini shot, posted on January 19, got over 2 million likes.

Read Also: Has Salma Hayek had breast surgery? She reveals the truth whether they are real or not!

previousWife upset after man recognizes Mia Khalifa on Honeymoon, he apologized with a birkin bag
nextAvneet Kaur sets the internet ablaze with her stunning pictures from her Dubai vacation, See Pics