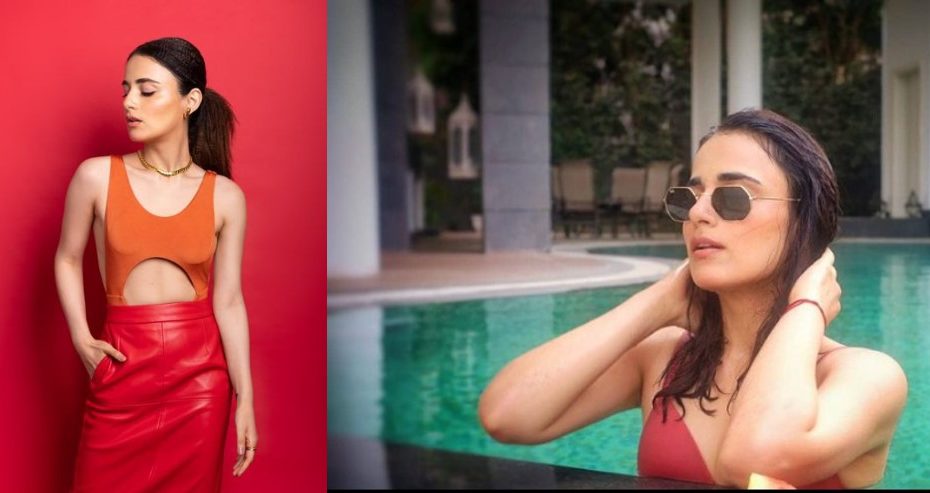 Who is Radhika Madan?

Born on 1 May 1995, Radhika Madan is an Indian actress in Hindi cinema and also formerly worked in Indian television. After gaining enormous popularity as the lead in Colors TV’s successful show Meri Aashiqui Tum Se Hi from 2014 to 2016, Madan made her film debut with Pataakha (2018) but has not gained any commercial success yet.

In 2020, Madan appeared in Homi Adajania’s comedy-drama Angrezi Medium with Irrfan Khan and Kareena Kapoor, which was Khan’s last film before his death in April 2020. In 2021, Madan did a variety of four projects. She made her entry into web series with her performances as Divya Didi in Ray and Avani Rajvansh in Feels Like Ishq, both of which earned critical praise. She also worked on the music video Ni Jaana, a single by Jasleen Royal. Her only film in 2021 was released on Disney+ Hotstar. It was Kunal Deshmukh’s romance film Shiddat with Sunny Kaushal. In April 2022, Madan commenced shooting for the Tamil film Soorarai Pottru remake in which she will be seen with Akshay Kumar and Paresh Rawal.

Radhika Madan was born in Delhi, India in a middle-class family. Her father Sujit Madan is a businessman and her mother, Neeru Madan is a painter. She has a brother, Arjun Madan. Radhika completed her schooling at Delhi Public School, Mathura Road, New Delhi, and did her graduate with a Bachelor of Commerce from Jesus and Mary College.

As per the report, Radhika is unmarried and dating Ishan Arya.