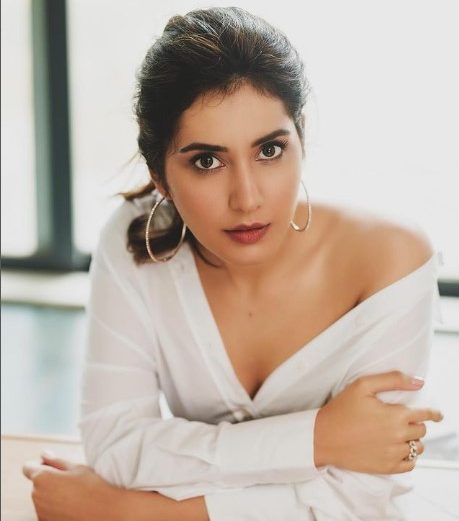 Who is Raashi Khanna?

Born on 30 November 1990, Raashi Khanna is an Indian actress and playback singer who mainly works in Telugu and Tamil language film industries. She made her acting debut in a supporting role with the Hindi film Madras Cafe (2013) and subsequently made her debut as a female lead in Telugu with Oohalu Gusagusalade (2014), in Tamil with Imaikkaa Nodigal (2018) and in Malayalam with Villain (2017).

Raashi was born in Delhi, India to Raj K. Khanna and Sarita Khanna. She has a brother, Raunaq Khanna. She did her schooling at St. Mark’s Senior Secondary Public School and completed her graduation in B.A. English (Hons.) at Lady Shri Ram College.

As per the report, Raashis is unmarried and she is still single and doesn’t have a boyfriend as of now.  For more updates, follow her on Twitter & Instagram.