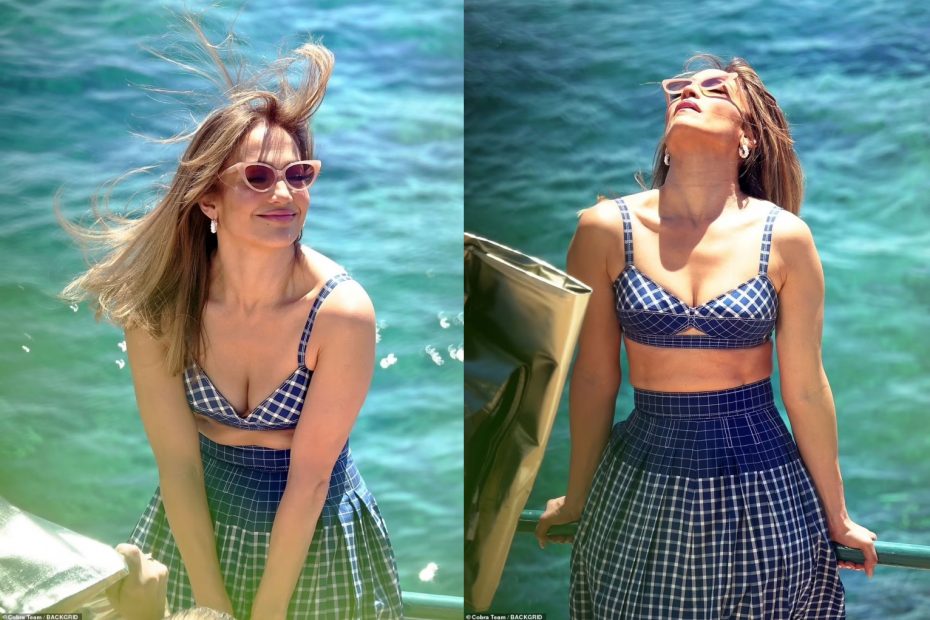 She married Ben Affleck in Vegas on July 17 and it’s fair to say that Jennifer Lopez is looking well on it.

The 52-year-old mother of twins looked incredible wearing a blue checked bra top and a matching full skirt – thought to be by Dior – as she took part in a glamorous photoshoot in the Italian sunshine on Monday. Her gym-honed abs were firmly on display as she two-piece – as she posed for some snaps against the background of Capri.

There was no sign of Ben on the day as he had to fly back to Hollywood for work shortly after their Parisian honeymoon, but that hasn’t stopped Jennifer from making the most of her European adventures. She spent a little longer in Paris with her children, before jetting off to Capri.  The stunning photoshoot comes after Jennifer headlined the LUISAVIAROMA x UNICEF Gala in Capri on Saturday.