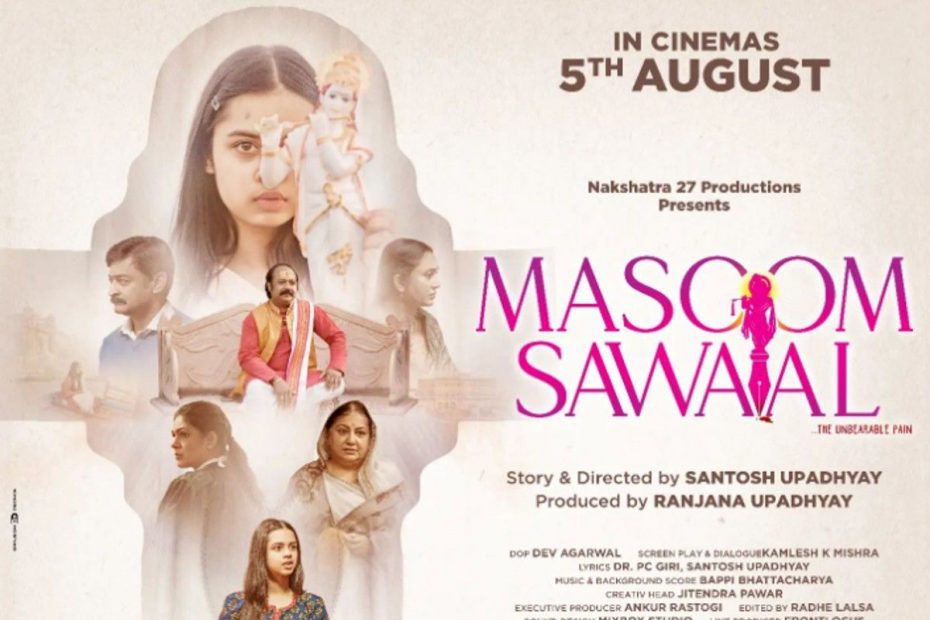 After Leena Manimekalai’s ‘Kaali’s poster row, another film sparked controversy owing to its poster. The poster of ‘Masoom Sawaal’, a fringe film, featuring an image of Lord Krishna on a sanitary pad has created a stir on social media. The film’s director Santosh Upadhyay has reacted to the backlash and said, ‘our perspective of viewing things is wrong, which leads to misconception.

The entire film is based on menstruation hence, it is mandatory to show the pad. That’s why there is a pad on the poster and not Krishna Ji on the pad.’ Ekavali Khanna, who plays a lawyer in the film, also shared her views on the matter and said, ‘ I can just say that the makers didn’t have any intention to hurt anyone’s sentiments.’

Read Also: Actress Ketaki Chitale paints trishul on her blouse which was inked during her arrest; watch the video

previousActress Ketaki Chitale paints trishul on her blouse which was inked during her arrest; watch the video
next‘Real stomachs are coming the f*** back’: Selena Gomez delights fans with body-positive TikTok