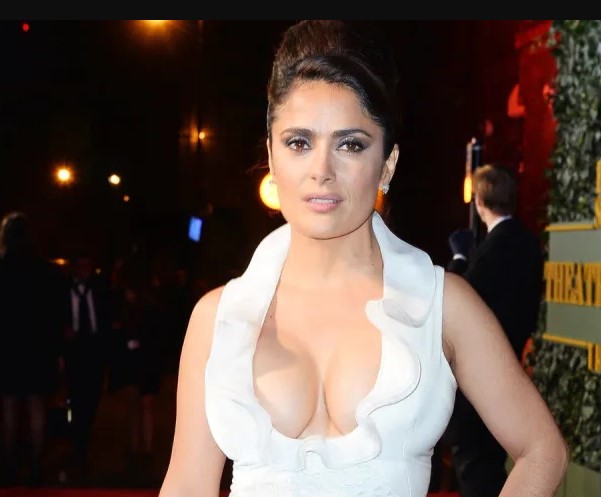 House of Gucci has a little bit of everything: lavish luxury, murder, jealousy, scandal. What it doesn’t have? Lady Gaga and Salma Hayek getting it on—but that doesn’t mean Gaga didn’t try to have the two hook up onscreen.

In a recent Q&A, Lady Gaga revealed that she pushed for a sex scene with Salma Hayek in House of Gucci—but the scene was eventually cut from the film.

The movie—which is based on the 2001 book “The House of Gucci: A Sensational Story of Murder, Madness, Glamour, and Greed”—tells the true story of Patrizia Reggiani (played by Lady Gaga) who marries the famed Gucci family and eventually plans the murder of her husband and fashion house heir Maurizio Gucci. In the film, Hayek portrays Patrizia’s literal partner in crime, Giuseppina “Pina” Auriemma.

During an MGM Studios House of Gucci UK panel on January 18, Lady Gaga revealed that she envisioned Patrizia and Pina’s relationship getting a little frisky after the murder of Maurizio.

Lady Gaga says that her and Salma Hayek’s ‘House of Gucci’ characters developed a sеxual relationship in scenes that didn't make the final cut. pic.twitter.com/yuU5Ov2nis

“There’s a whole side of this film that you did not see where Pina and I developed a sexual relationship,” Gaga said during the panel. “Director’s cut, who knows? But this is a testament to [Ridley Scott] as a director because he allowed us to go there. I remember being on set with Salma and going, ‘So after Maurizio dies, maybe it gets hot?'”

As the audience laughed, Hayek added, “You think she’s kidding…”

Given Gaga’s comments about a “director’s cut,” it seems as though the scene was filmed but left on the cutting room floor. Though the film did take some liberties with the true Gucci story, including a sexual relationship between the two women would certainly be a departure from what’s known of Patrizia and Pina’s real-life relationship.