Kiara Advani gets trolled for ‘No Pants Look’ 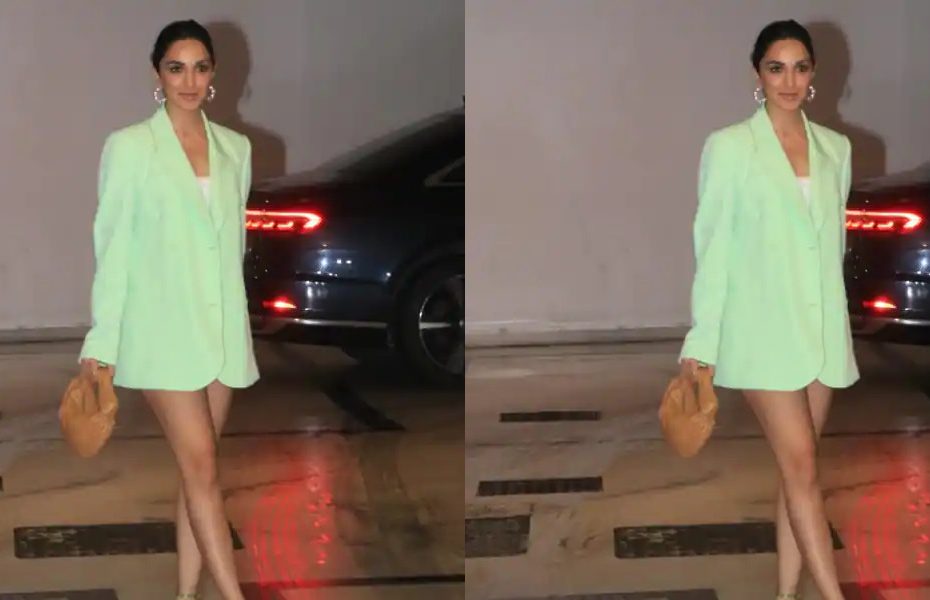 Filmmaker Karan Johar hosted a party at his residence to celebrate the success of the film Jug Jugg Jeeyo. The entire star cast of the film showed up to celebrate. Kiara Advani also made sure to make her presence felt. She opted for white hot shorts teamed with a pastel green blazer. It gave an illusion that she is not wearing her pants. She got trolled for the same.

Filmmaker Karan Johar had a party at his home to celebrate the success of his most recent production, “JugJugg Jeeyo,” which was attended by the whole cast of the movie, including Kiara Advani, Varun Dhawan, Anil Kapoor, Neetu Kapoor, and Prajakta Kohli.On Instagram, Kiara posted several images from the party and made a tease for the follow-up. Thank you very much for your love and support for our movie #JugJuggJeeyo, @raj a mehta,”