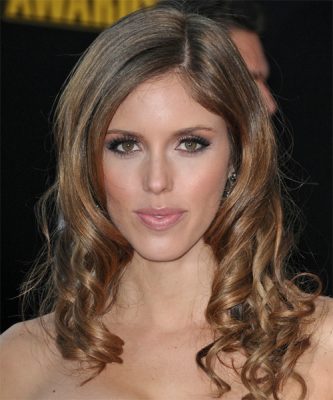 Who is Kayla Ewell?

Born on August 27, 1985, Kayla Ewell is an American actress known for her roles on television as Caitlin Ramirez on CBS’s long-running soap opera The Bold and the Beautiful, as Maureen Sampson on NBC’s Freaks and Geeks, and as Vicki Donovan on The CW’s The Vampire Diaries.

Ewell first appeared on the television series Freaks and Geeks in 2000, playing Maureen Sampson in the episode “Carded and Discarded”, directed by Judd Apatow. She starred in the soap operaThe Bold and the Beautiful from 2004–2005, and has guest-starred on the TV series The O.C., Boston Public, Veronica Mars, Close to Home, and Entourage. She had a role in the film Just My Luck, starring Lindsay Lohan, and in Material Girls, starring Hilary and Haylie Duff, in 2006. She had a starring role in the film Senior Skip Day.

Ewell was born in Long Beach, California, and raised in Seal Beach. She studied dance, singing, and acting at the Orange County Song & Dance Company in Westminster, California.

In May 2015, she got engaged to actor and model Tanner Novlan. The couple married on September 12, 2015. In March 2019, Ewell announced that she and her husband were expecting their first child together.  On July 16, 2019, Ewell gave birth to a daughter, Poppy Marie Novlan.