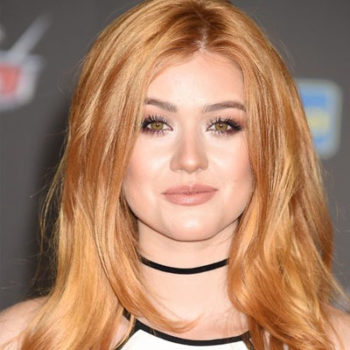 Katherine Grace McNamara is an American actress. She is known for her role as Harper Munroe on the MTV comedy series Happyland, and for her lead role as Clary Fray on the Freeform fantasy series Shadowhunters.

McNamara began her acting career on Broadway, appearing in A Little Night Music with Catherine Zeta-Jones and Angela Lansbury. She began guest starring on television series including Drop Dead Diva and 30 Rock. McNamara has appeared in theatrical movies such as New Year’s Eve, and appeared in the Disney Channel original movie Girl vs. Monster playing the role of Myra Santelli. She co-starred in the film remake of Tom Sawyer & Huckleberry Finn, playing the role of Tom’s girlfriend Becky Thatcher. McNamara also appeared in the independent films Contest and A Sort of Homecoming.

Katherine McNamara is currently dating Pierson Fode. The couple started dating since 2016. She has been in relationships with Joel Courtney (2011).