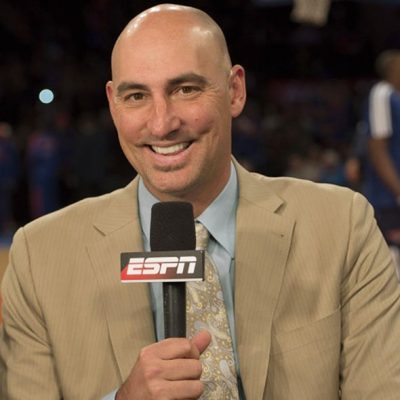 Who is Jon Barry?

Bon on July 25, 1969, Jon Alan Barry is an American former basketball player and current television analyst for ABC and ESPN.

Barry is the son of Hall of Famer Rick Barry and Pam Connolly and has three brothers: Scooter, Brent, and Drew, who are also basketball players. Jon played his high school basketball at De La Salle High School in Concord, California. He then played one year each at the University of the Pacific and Paris Junior College, before receiving a basketball scholarship to attend Georgia Tech in Atlanta, Georgia.

Apart from public figures, Jon has managed to keep his private life away from the media so we cannot tell his relationship status.