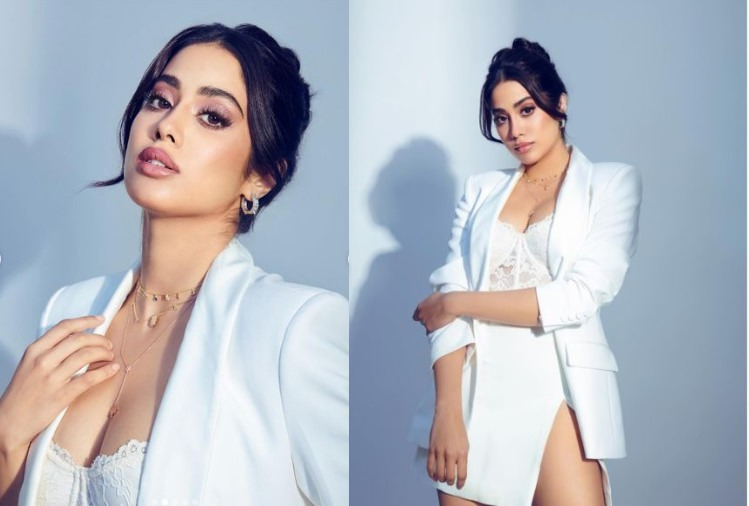 Actress Janhvi Kapoor, who stepped into the industry with Shashank Khaitan’s 2018 film Dhadak, has left no stone unturned to surprise the audiences. After the success of her 2020 film Gunjan Saxena Janhvi has reached the top echelons of Bollywood. Janhvi loves to post loads of images on her social media accounts. Recently, the actress stunned her fans with the pictures from her latest photoshoot.

Sharing the photos, she wrote in the caption, “W a side of trouble #goodluckjerry.” Janhvi is wearing a beautiful white corset with a deep neckline. She has chosen nude makeup and looks glamorous. Though the attire is simple, she is looking quite sensuous.