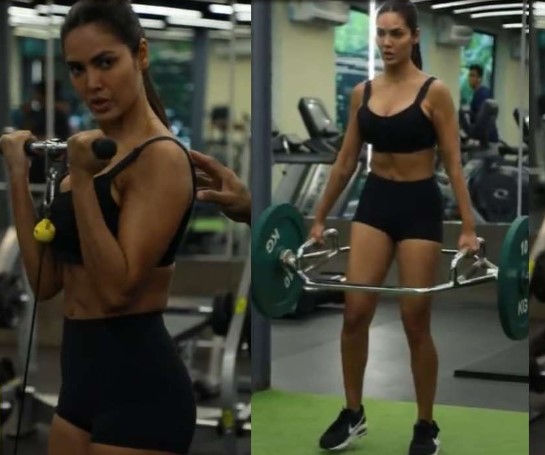 Aashram 3 actress Esha Gupta has been the talk of the town ever since she was featured in the popular web series starring Bobby Deol in the lead role. Esha’s fantabulous performance in Aashram 3 left her fans in awe and her sensuous act has certainly been the talking point on social media.

In the video, Esha is seen undergoing an intense workout routine, giving fans a glimpse of the hard work that goes into maintaining a fit lifestyle.

As soon as Esha dropped the video, netizens couldn’t stop going gaga over it. “too gorgeous,” wrote a fan. “Hamari desi wonder women,” wrote another. “The most sexiest heroine ever. Diva of many hearts,” commented yet another user.