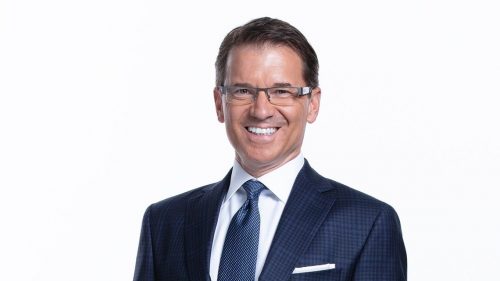 Born on July 31, 1967, Dave Randorf is a Canadian sportscaster who is best known for his work at TSN hosting the network’s Canadian Football League studio show as well as TSN’s and CTV’s coverage of figure skating. He also did play-by-play for the NHL on TSN (along with the regional coverage of the Montreal Canadiens), the World Hockey Championship, and the National Lacrosse League on TSN. He serves as the play-by-play announcer for the television broadcasts of the Tampa Bay Lightning.

Randorf was born and raised in Canada. His family information is not revealed yet. He graduated from Seaquam Secondary School in the Sunshine Hills neighborhood of North Delta. He worked in the TSN newsroom until 1989 when he returned to Vancouver. He joined Sports Page, a nightly sports show on CKVU-TV, as a reporter and anchor. He was rewarded for his outstanding contribution to the world of sports with a 2000 Gemini Award nomination as Best Sports Broadcaster.

Randorf is the father of three children, Kyle, Blake, and Trevor but his wife’s name is not revealed till now. For updates, follow him on Twitter & Instagram.