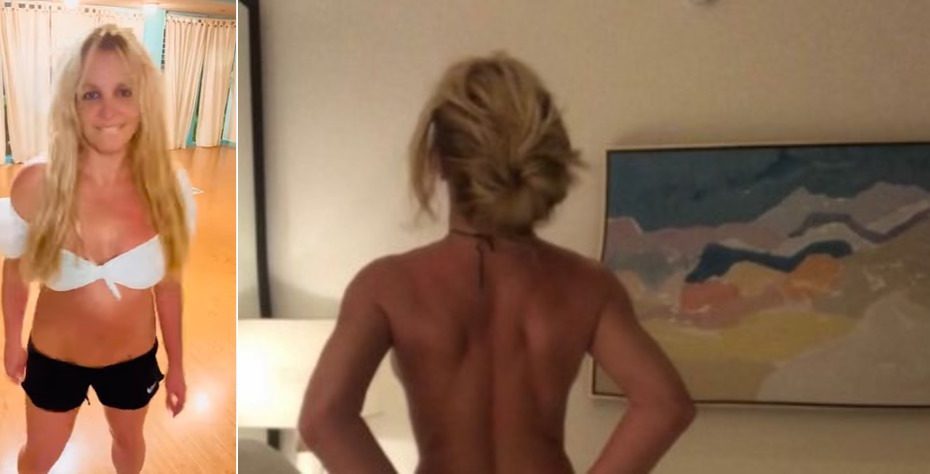 The pop princess went fully nu*e earlier this week, opting to show nearly 42 million Instagram followers her bare backside. Originally from Mississippi, Spears appeared to be more Georgian when she captured the pic.

“Southern peachNEY,” said Britney in the caption to her IG photo.

Britney Spears has been stripped down once again. This time, it’s in the backyard pool of her nearly 12,000-square foot Hidden Hills mansion she bought just days after her surprise June 9th wedding to longtime partner Sam Asghari, 28. In the photos the 40-year-old pop superstar posted on Sept. 15, she posed topless in bright yellow bikini bottoms that showed her two tattoos on either side of her bikini line. Her long, blonde hair was straightened and strategically covered her chest. Unlike most Instagram posts, she did not caption the carousel.