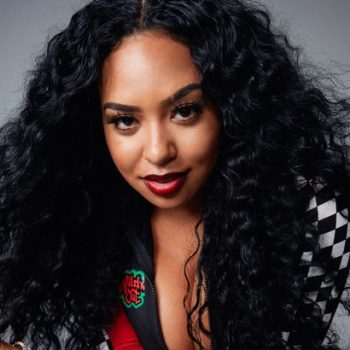 Born on 5 April 1990, Braelyn Simone (B Simone) is an American rapper, singer, comedian, internet personality, and actress, who was one of the recurring cast members on Season 9 but later returned to the show in Season 11 of the improv comedy show Wild ‘N Out on MTV and VH1. She became an instant internet sensation connecting with millions of people through social media.

In August 2018, she began headlining her comedy tour “You’re my boooyfriend” Comedy Tour which features internet comedian Desi Banks and her fellow cast member Darren Brand. In 2019, she began starring in the original series, You’re My Boooyfriend on the Zeus Network.

She is popular in social media. She has 5m followers in Instagram, and 577K subscribers in YouTube channel.

She was born and raised in Texas, US. Her father is a Pastor and has a sister named Jordyn.

Comedian B. Simone is dating rapper DaBaby or someone secretly but has not revealed any information about him till the date. In 2020, DaBaby grabs her tight in Instagram Photo, which leads to romance rumors.