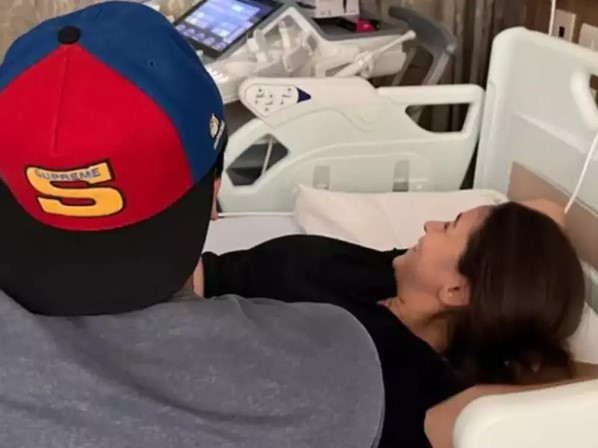 The actress on Monday shared the happy news of her pregnancy on social media. Sharing a photo from their ultrasound appointment, Alia captioned the photo by saying “Our baby ….. coming soon.”

The actress also shared a picture of a lioness nudging a lion and a cub looking on. The couple has shared their love for nature and has been heading out on romantic safaris in Africa. The couple began their New Year 2022 on a safari and shared some goofy clicks from their time in the great outdoors.

The happy news of Alia’s pregnancy comes just over two months after the couple tied the knot in a hush-hush ceremony at their Bandra home. Ranbir and Alia wed in a private ceremony on April 14, surrounded by their family and closest friends.

While the news has come as a surprise to many, it now seems that Ranbir hinted at a baby on its way during his recent ‘Shamshera’ promotions. When quizzed about how much more work he will do post-marriage, he said that he has to make a family and chance will have to do lots of work.