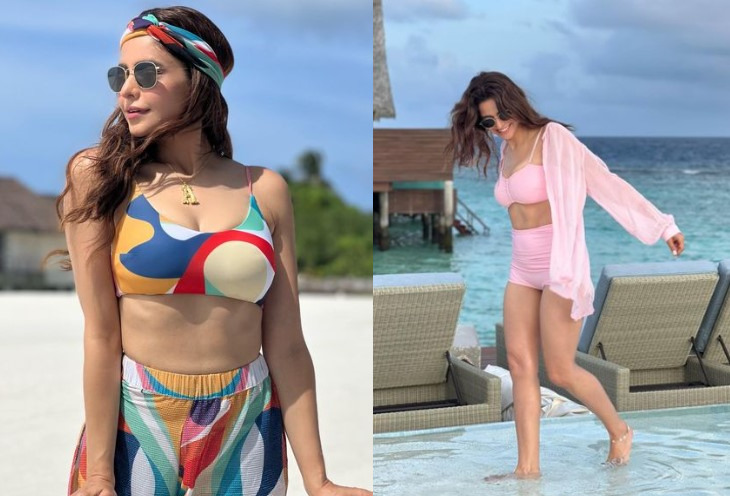 TV diva Aamna Sharif, who is having a gala time in the Maldives, shared some stunning pictures from her dreamy vacation. Aamna is giving us major travel goals and her latest vacation pictures will make you pack your bags. Sharing a few photos from the Maldives holiday, Aamna wrote, “Only love ♥️.” Earlier, Aamna went on a vacation to Kashmir and Dubai. Aamna Sharif, who is a popular face of the Indian television industry, rose to fame with the character of Kashish in the serial ‘Kahiin toh Hoga’. She made her Bollywood debut with the film ‘Aloo Chaat’ opposite Aftab Shivdasani in 2009. In 2014, she also appeared in Mohit Suri’s ‘Ek Villain.’ In 2019, Aamna Sharif made her television comeback after six years with the TV show ‘Hongey Judaa Na Hum,’ which was pulled off the air a year later after poor TRPs. Aamna was last seen in ‘Kasautii Zindagii Kay’ where she played the antagonist, Komolika.

previousActress Samragyee RL Shah looks hot and sexy in swimwear, Check it out!
nextRanveer Singh claims someone tampered with and morphed his photos